** Online giving is now available – click here to give **

10 The brothers immediately sent Paul and Silas away by night to Berea, and when they arrived they went into the Jewish synagogue. 11 Now these Jews were more noble than those in Thessalonica; they received the word with all eagerness, examining the Scriptures daily to see if these things were so. 12 Many of them therefore believed, with not a few Greek women of high standing as well as men. 13 But when the Jews from Thessalonica learned that the word of God was proclaimed by Paul at Berea also, they came there too, agitating and stirring up the crowds. 14 Then the brothers immediately sent Paul off on his way to the sea, but Silas and Timothy remained there. 15 Those who conducted Paul brought him as far as Athens, and after receiving a command for Silas and Timothy to come to him as soon as possible, they departed. 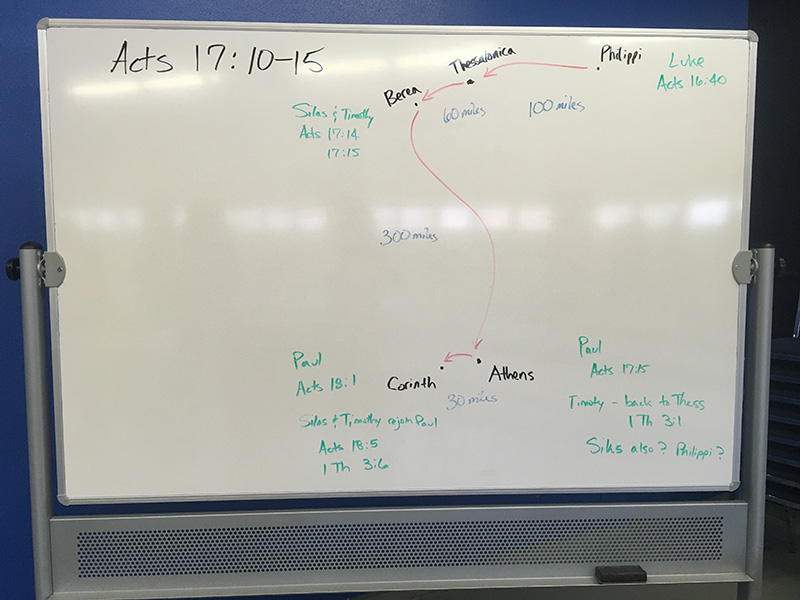